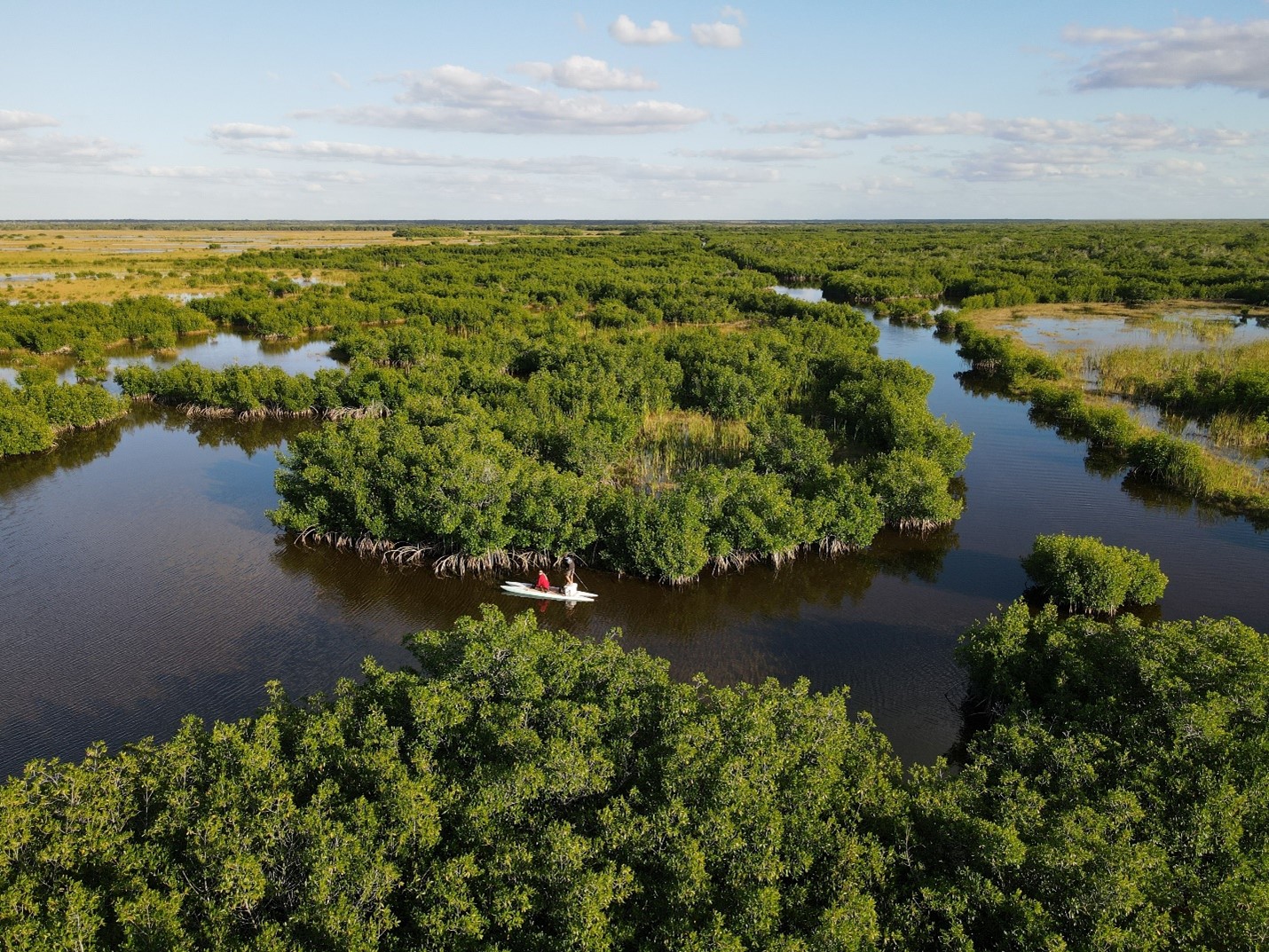 With the world heating up and many areas in the South and Southwestern U.S. experiencing record high temperatures and dry conditions, the attention of the world often goes to preserving forests, which seem to be getting devastated by fire annually.
Here’s an interesting factoid from a recent Canadian Press article published by The Globe and Mail* May 8, 2022. Estuaries, where fresh water meets the ocean, hold as much carbon as forests, even though they represent just a small fraction of the area. These vital ecological areas are home to birds, crabs, tiny fish and other wildlife around the globe. However, these areas are threatened by rising sea levels, pollution in the form chemical and physical waste (including single-use plastic bags), and now fire too. As reported last week, an 18-mile stretch of US 1 that connects the Florida Keys to the mainland was shut down due to brushfires. Everglades fires are often due to dry grasses and careless campers. Virtually all lobsters that are caught throughout southern Florida and the Keys comes from the Everglades. No Everglades, no lobster, shrimp, and a whole lot more.
In an example quoted by the Globe, the Cowichan Estuary on Vancouver Island captures and stores about double the amount of carbon compared with an actively growing 20-year-old Pacific Northwest forest of the same area, according to a recently published study.
The study’s author Tristan Douglas said the world has lost about 70 per cent of mangroves and about 30 to 40 per cent of all marshlands and sea grasses in the past 100 years and will lose another 40 per cent if it’s a “business as usual approach,” in the next century. Mangroves are among the primary plant ecosystems in the Everglades and the Florida Keys. They are also important ‘terraforming’ trees that grow in the water and build soil around their roots. In so doing they act as protection and shelter for billions of tiny lifeforms from which much of our seafood comes from. They must be protected, and what is going on at present is terrifying and life-threatening.
It is important for all people to be educated about the value of the trees and grasses that grow on our coastlines and shores so they can be protected.