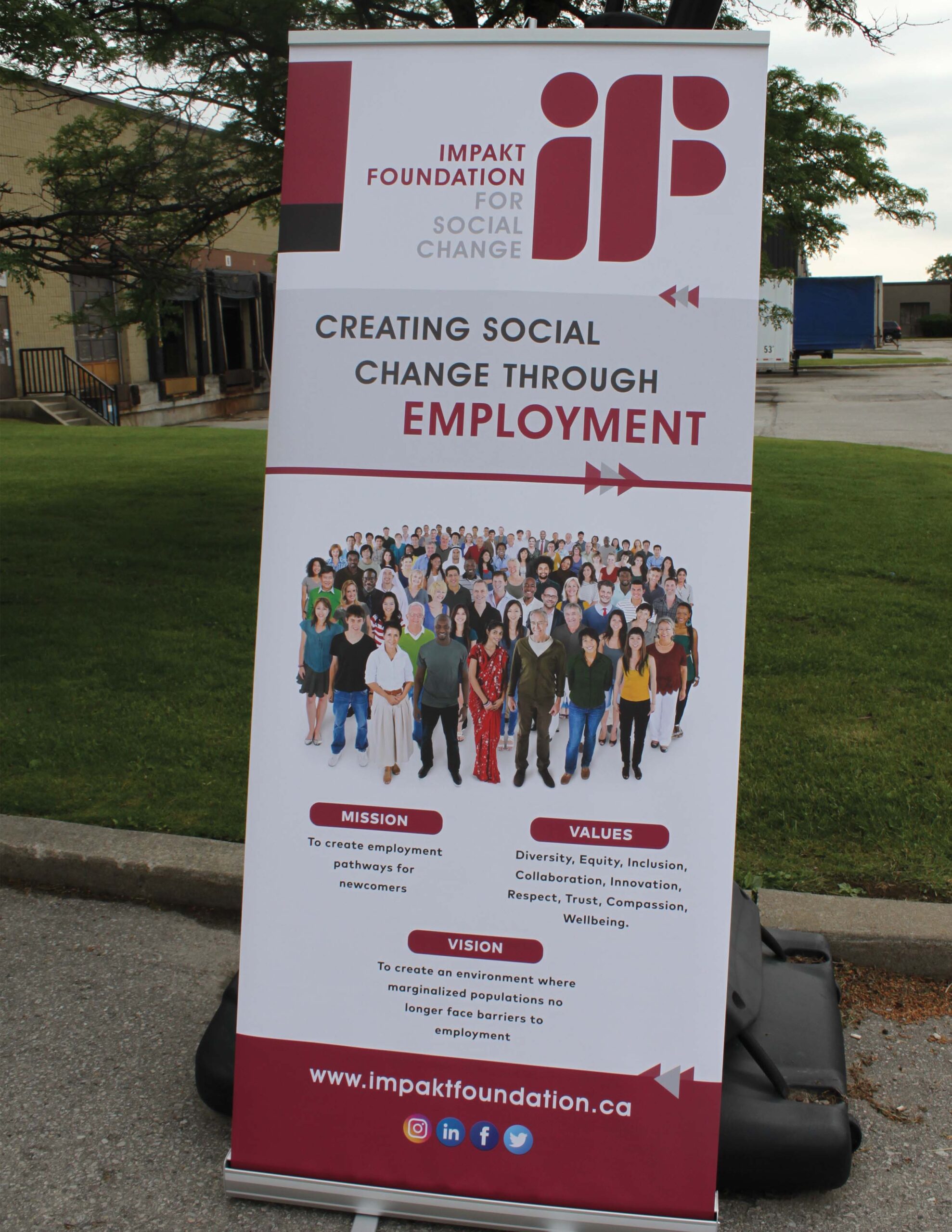 On June 15th the Impakt Foundation, Ecorite and its sister company Canada Sportswear, celebrated World Refugee Day at Canada Sportswear’s head office in Toronto, Ontario.  Both Ecorite and Canada Sportswear are  working actively with the foundation to sponsor and hire refugees from many countries with experience or interest in working in the textile and garment industries.

At the event, a number of beneficiaries of the Impakt Foundation’s work spoke about the troubles in their home countries that forced them to leave, the length of, and the difficulties associated with the journies, and for some, the endless wait for proper documents to work and carry on life in Canada, language challenges, and the inability to get work in the fields for which they were trained in.   The Impakt Foundation was able to find these refugees productive and meaningful work in the garment industry, assist them in other aspects of their resettlement and in turn provided needed human resources for companies challenged to find workers though more conventional channels.

The Impakt Foundation emerged from the Tailor Project, which was an innovative initiative of the Canadian apparel industry that brought 2,500 Holocaust survivors and refugees to Canada after World War II.   The work of the documentation of surviving tailors, as well as their descendents, continues to this day, and awareness of the project continues to grow.    It is because of this work that it was recently discovered that the founder of Canada Sportswear was one of the 2,500.

With war so prevalent in the news, and tens of millions of refugees and displaced persons around the world, the work of the Impakt Foundation, as well as companies such as Ecorite, Canada Sportswear that hire the people they rescue, is very much needed.